To share your memory on the wall of Winifred Moore, sign in using one of the following options:

Funeral Services will be Monday, April 19, 2021 at 11:00AM at Culpepper Funeral Home Chapel with internment in Parkway Cemetery. Visitation will be Sunday afternoon, April 18, from 1:00-3:00PM at the funeral home and on Monday from 9:00-11:00 prior to service time. The Reverend Barry Corbett will officiate.

Music will be performed by Chris Cauthen, worship pastor.

Bob loved the Lord, his family, and his country which he proudly served for 21 years as a member of the United States Air Force. He was a Vietnam War Veteran. After retiring as a Master Sergeant from the Air Force in 1971, he and his family moved to Kosciusko where he became manager at Gibson’s Retail Store in Parkway Plaza Shopping Center. He was manager there for 14 years.

After retiring from Gibson’s, he enjoyed traveling with this family in their motor home where many special memories were made. He and his wife were also members of the Good Sam Company Club and enjoyed camping and spending time with their special camping buddies.

In 1989, he was elected City Alderman of Ward 3 where he proudly served for 8 years. Bob loved people and loved serving his community.

Bob was a member of the Williamsville Assembly of God Church where he served as a deacon.

Memorials may be made to Bob’s two favorite charities which he supported monthly, St. Jude Children’s Hospital and Shiner’s Hospital for Children.
Read Less

To send flowers to the family or plant a tree in memory of Winifred Bob Moore, please visit our Heartfelt Sympathies Store.

We encourage you to share your most beloved memories of Winifred here, so that the family and other loved ones can always see it. You can upload cherished photographs, or share your favorite stories, and can even comment on those shared by others.

Posted Apr 15, 2021 at 09:02pm
I went to church with bro.Bob him an mrs Thelma was so special to me I once lived across the street from them it was my grand daughter an my self an bro Bob watched out for us i call him about a week ago to see how he was doing will sure miss him R.I.P Bro Bob you up there with your honey now
Comment Share
Share via:
DW

Posted Apr 15, 2021 at 05:20pm
I express sorrow to the family and friends of Mr. Winifred Bob Moore. I pray our Lord's love, comfort and strength for each of you.
Comment Share
Share via: 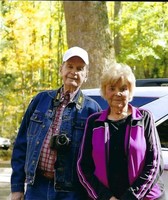 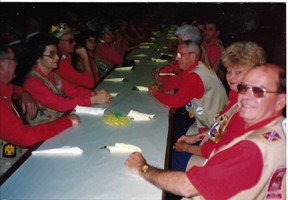 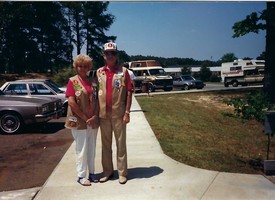 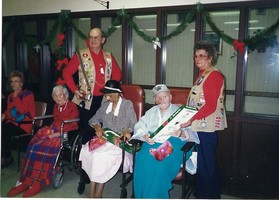