To share your memory on the wall of Larry Moyer, sign in using one of the following options:

Larry Arlow Moyer (Pop) was born on October 15, 1937 in Lima, Ohio to H.R. (Dutch) and Raychel Ackerman Moyer. In 1951, Pathfinder (Superior Coach and Sheller Globe) moved several families, including Larry’s, from Lima to Kosciusko to open a production plant. After attending Holmes Junior College and his study of engineering at Mississippi State University, Larry worked at Sheller Globe in drafting and then quality control until the plant closed in the late 70’s. Larry and his wife, Nancy Jo, then launched their own business “The Pineapple Patch” which they continued to operate until last year when COVID hit.

When Pop was not at work, you could find him somewhere hunting, fishing, playing with his guns, working on something or teaching his kids or grandchildren to hunt, fish or to fix something! He would always tell us, “If it’s worth doing, it’s worth doing right the first time!”

Larry is preceded in death by his parents H.R. (Dutch) and Raychel Ackerman Moyer and grandson Colby Kyle.

Donations in lieu of flowers may be made to McCool City Cemetery Fund PO Box 100 McCool, MS 39108.

To send flowers to the family or plant a tree in memory of Larry Arlow Moyer, please visit our Heartfelt Sympathies Store.

We encourage you to share your most beloved memories of Larry here, so that the family and other loved ones can always see it. You can upload cherished photographs, or share your favorite stories, and can even comment on those shared by others.

Posted Apr 30, 2021 at 05:57pm
My heart is hurting for you. I tried to call you last night, but was unsuccessful. I want to talk to you. I share your grief.
Peggy Kyle Taylor McLaughlin
Comment Share
Share via:
SP

Please accept my condolences in your loss of "Pop." He will be missed by so many who loved and respected him. He loved his wife, children, grandchildren, and great-grandchildren and they enjoyed his companionship and appreciate the many contributions he made to their lives through his kind and generous nature.

He was always so hospitable and welcoming to me whenever I visited in their home, or even their mobile home! Visiting them at a show would reveal the dedication, talent, and hard work it takes to be successful with conducting a business such as "The Pineapple Patch." To observe Pop and Jo Jo at work was to marvel at such a dedicated and committed "team."

I will be in prayer for the family members and friends of "Pop", knowing that God holds us all in His loving hands. God bless you.

Do you not know? Have you not heard? The Lord is the everlasting God, the Creator of the ends of the earth. He will not grow tired or weary, and his understanding no one can fathom. He gives strength to the weary and increases the power of the weak. Even youths grow tired and weary, and young men stumble and fall; but those who hope in the Lord will renew their strength. They will soar on wings like eagles; they will run and not grow weary, they will walk and not be faint.
Comment Share
Share via:
SL

Posted Apr 27, 2021 at 03:26pm
Nancy Jo and family. So very sorry for your loss. May each family member know the strength of our Lord Jesus Christ during this time and in the days to follow. My sincere condolences and prayers
Comment Share
Share via:
MS

Posted Apr 27, 2021 at 12:40pm
have been knowing larry and nancy jo for many year. worked with larry at superior coach and attending some of high school.just want the whole family to know that i will be thinking of each and every one during this time. mary faye braswell sinclair
Comment Share
Share via:
HS

Flowers were purchased for the family of Larry Moyer. Send Flowers 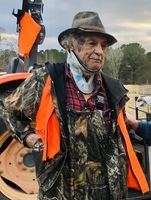 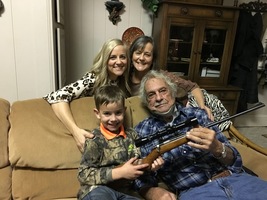 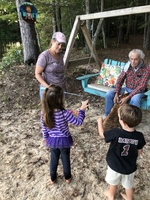 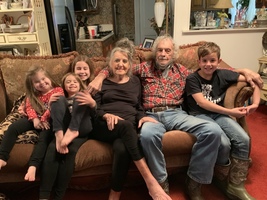